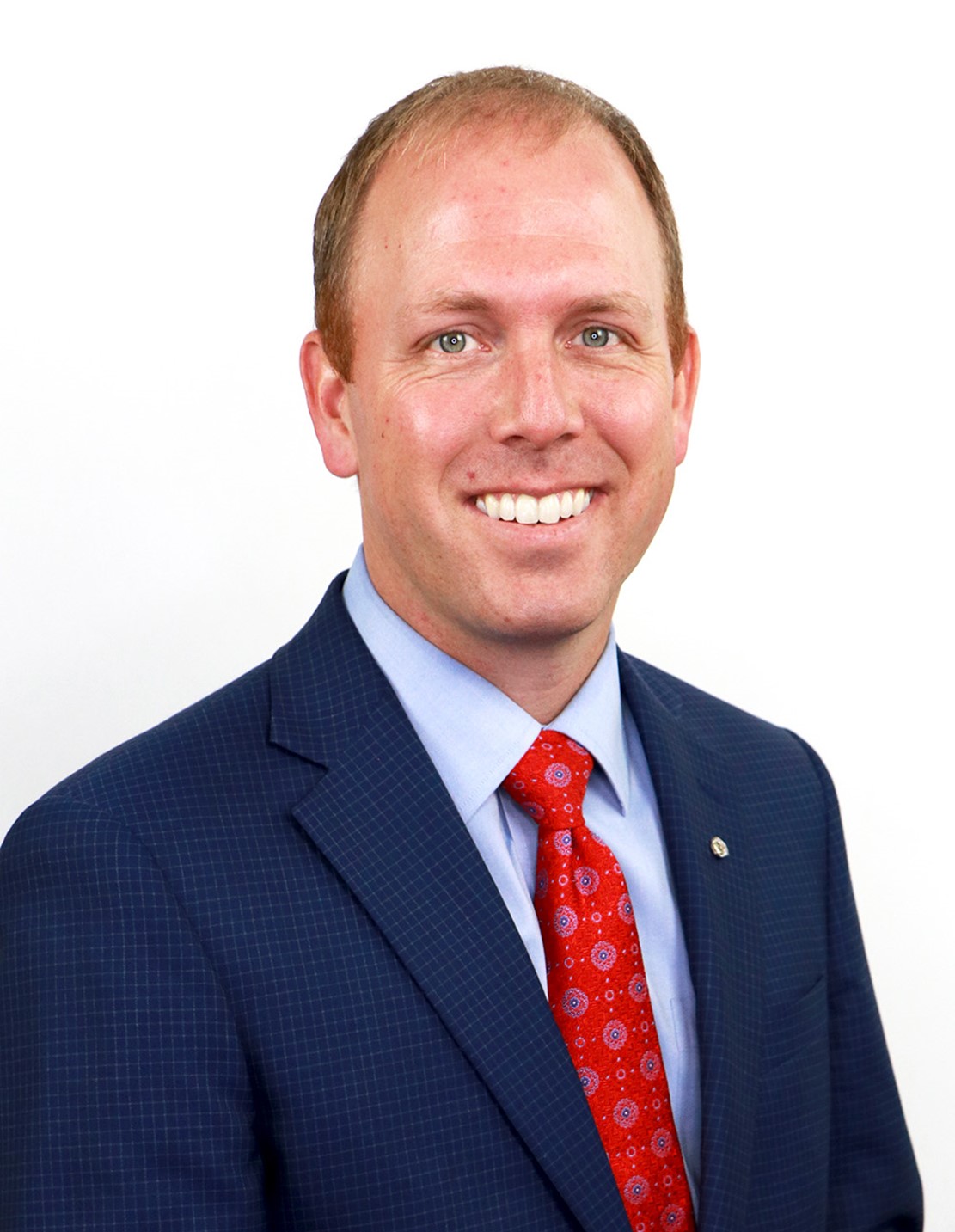 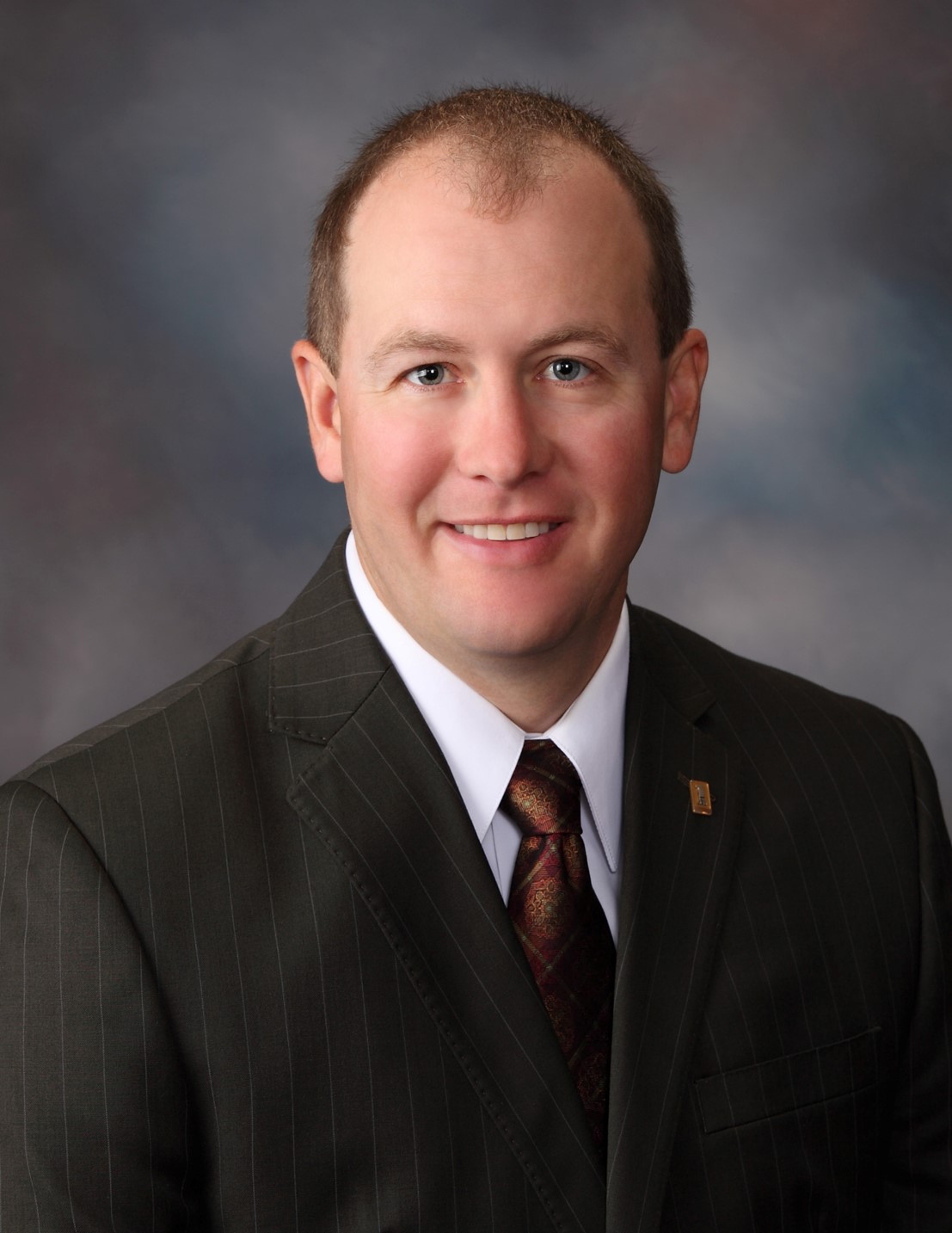 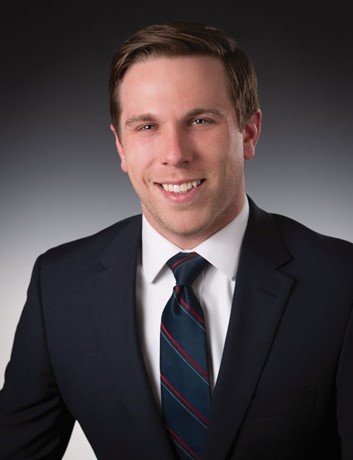 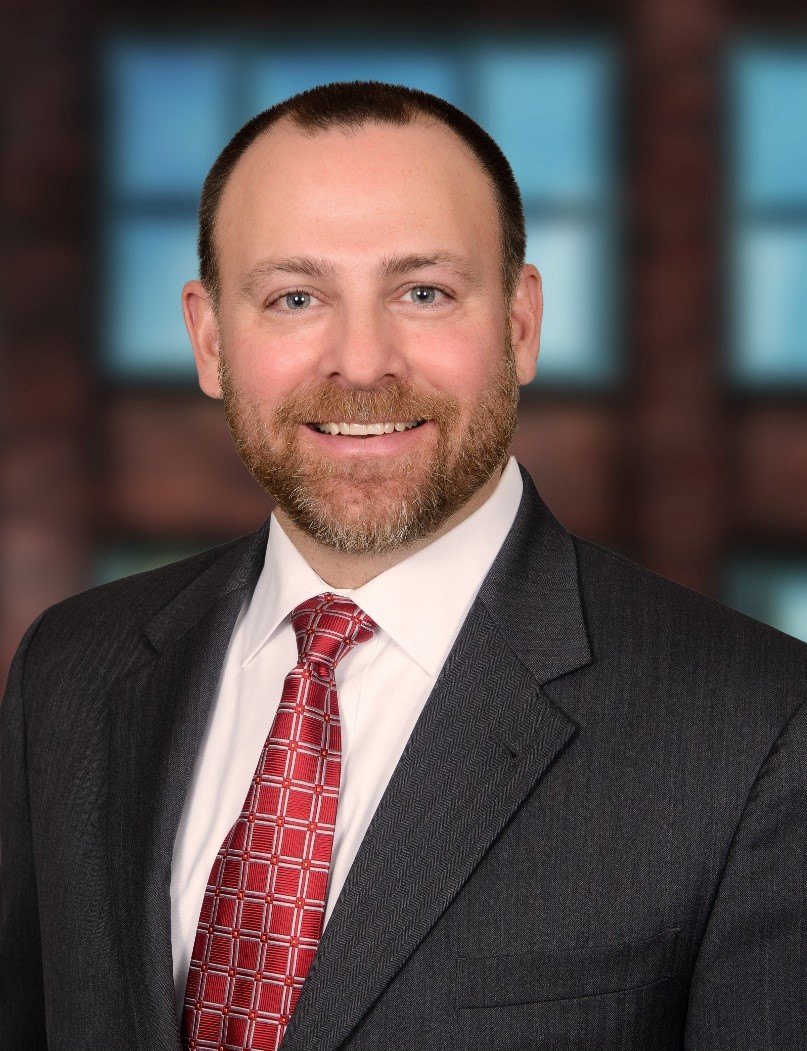 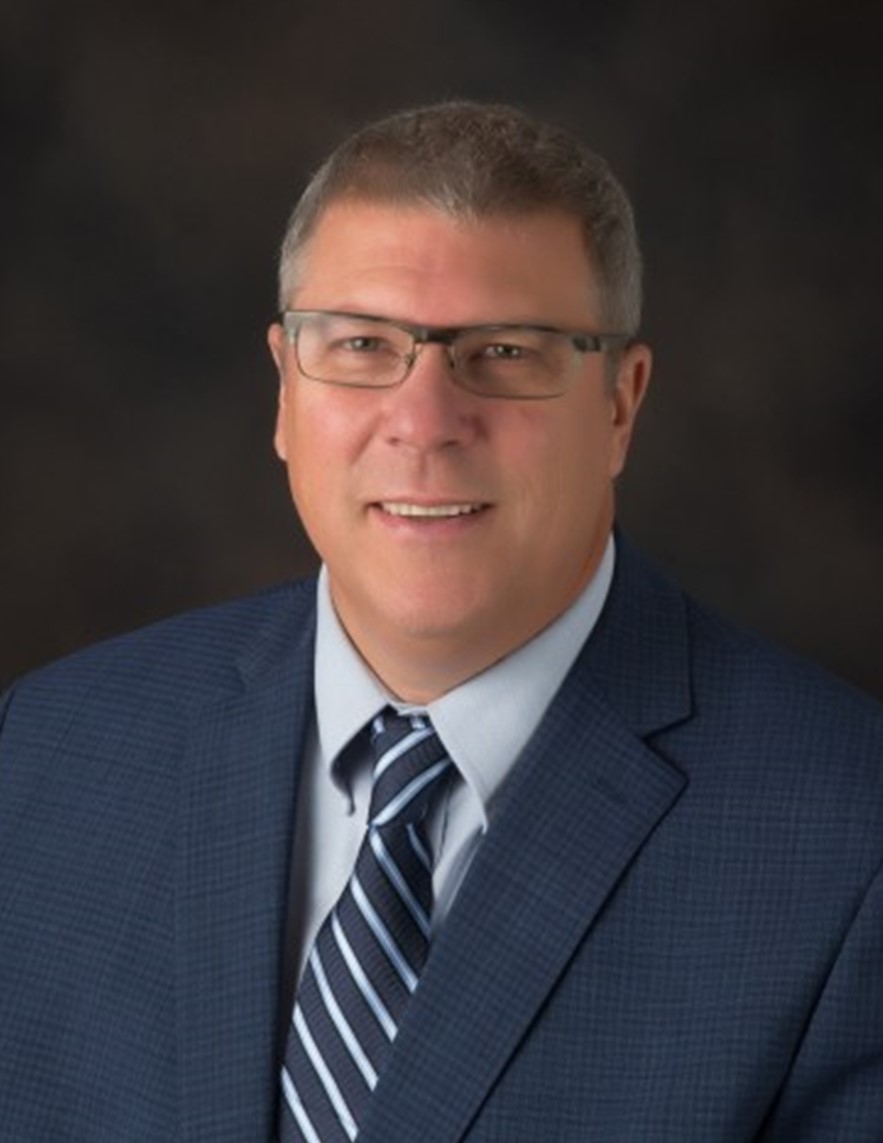 Director (Beresford)
Attorney - Frieberg Nelson & Ask Tom is a 4th generation attorney having joined the family’s law firm following graduation from the University of Minnesota School of Law in 1998.   A life-long re... 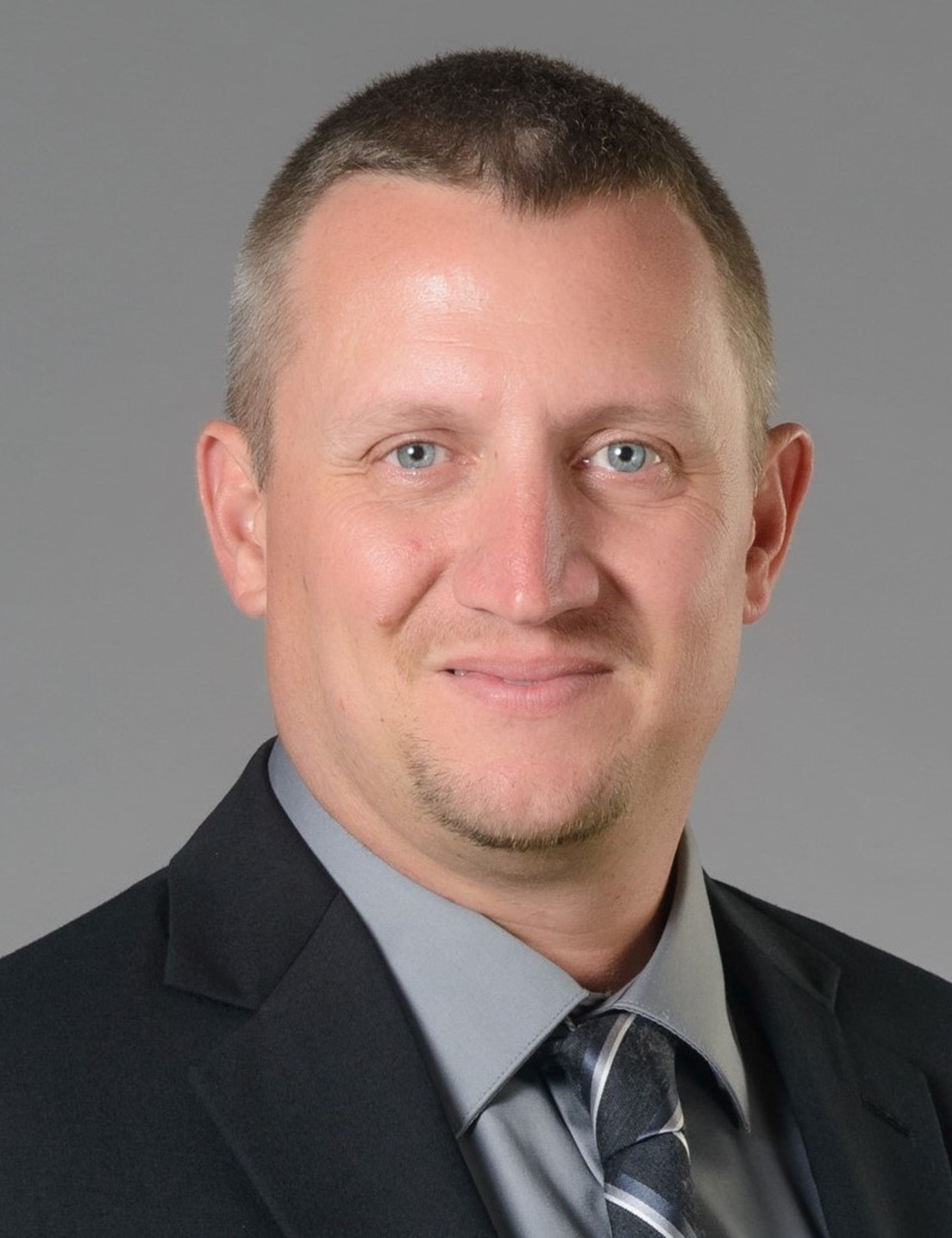 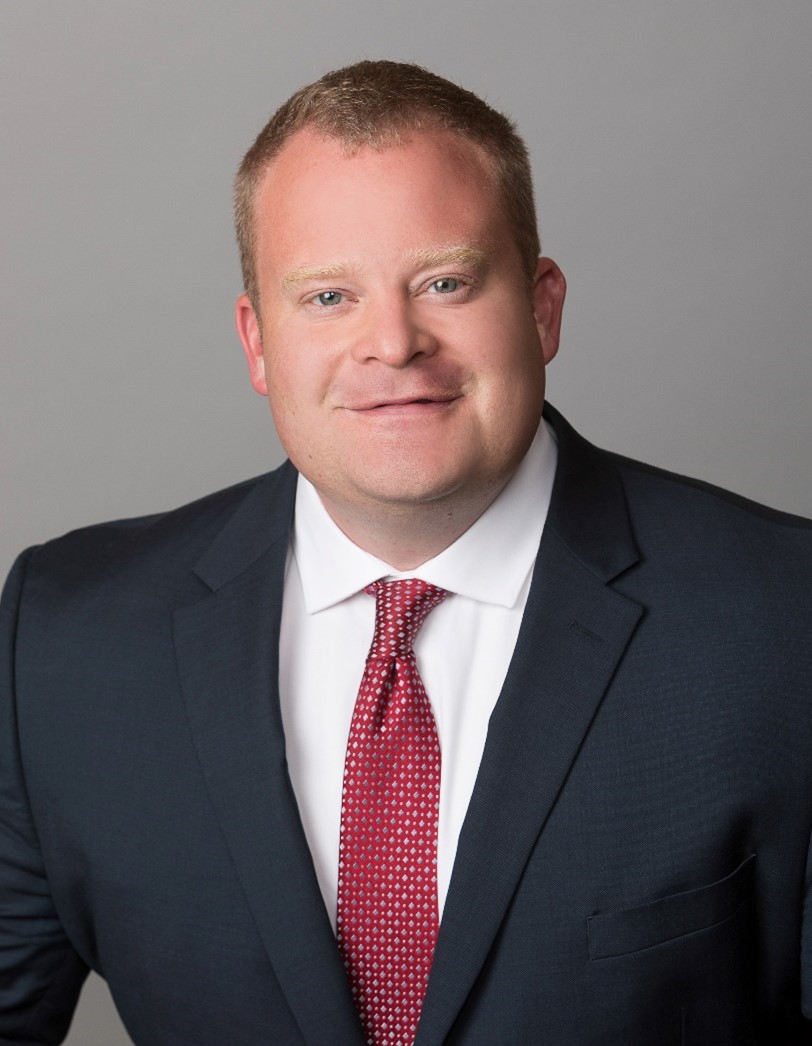 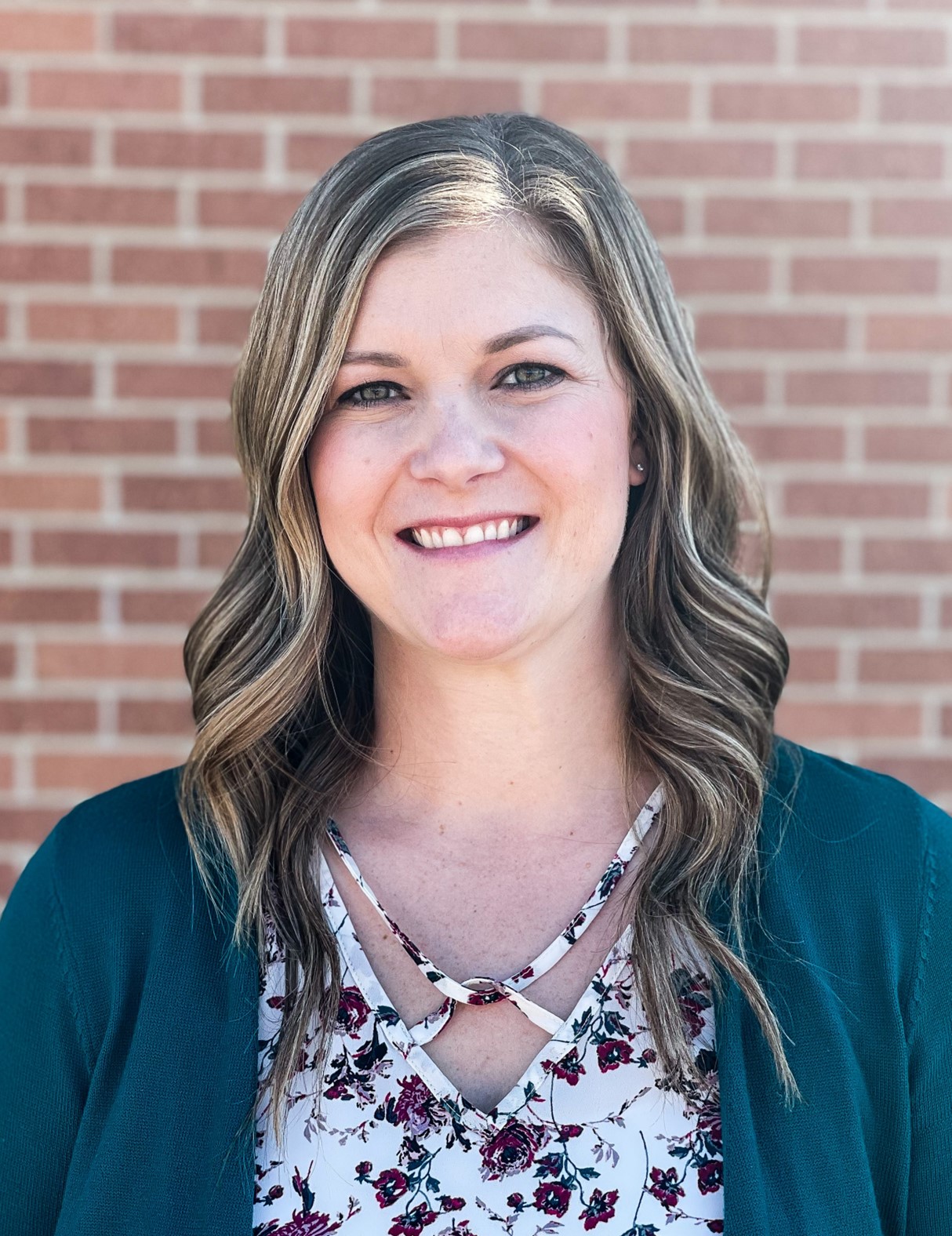 Director (Aberdeen)
Business Banker - First Interstate Bank Jessica Harry started working for Great Western Bank in Aberdeen, in June of 2013 as a Credit Analyst and became a Business Banker in April of 2014, giving her... 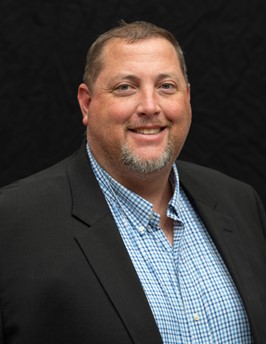 Brian Gilbert has been with The First National Bank in Sioux Falls for 14 years and has 20 years of Ag lending experience.

Brian grew up in Hitchcock, SD on his family’s cow-calf and row crop farm operation.  He graduated from SDSU with a B.S. degree in Economics and Agribusiness.  He continued his education by attending the Graduate School of Banking and the South Dakota Agriculture and Rural Leadership program. He takes pride in helping farmers achieve their financial goals and understands the importance of keeping the family legacy strong through comfortable and challenging times.  Brian and his wife Ann, have three children that all attend St. Mary School in Dell Rapids SD, where they call home today.

Outside of work, Brian is on the SD Cattleman’s Foundation board, Sioux Falls Stockyards Experience board, and Independent Community Bankers of South Dakota board. He is also an active volunteer with many community organizations.

Will grew up on a ranch near Elm Springs, SD. He graduated from University of Wyoming in 2001 with a BS in Agriculture Business. He attended the Graduate School of Banking in Madison, WI and is a graduate of South Dakota Ag & Rural Leadership Class VIII.  Will and his wife, Cortney, have three children, Peyton, Prestyn and Adessa.  They live in rural Reliance, SD where they run a small cow herd and enjoy supporting their kids in their rodeo and sporting activities.  Will volunteers on the Banker Advisory Board for GSB- Wisconsin, SD 4-H Rodeo Finals, Barger Foundation Board of Directors and is currently the treasurer for Trinity Lutheran Church in Chamberlain.

As the Director of Business Retention and Expansion for the Sioux Falls Development Foundation (SFDF), Mike Gray works on economic and community development projects throughout the city of Sioux Falls. He works closely with existing businesses on their growth plans by helping them find available land as well as assisting them with various state and local incentive programs. Most recently, he led the collaborative effort with city staff, elected officials, a consortium of banks, SFDF staff, and other stakeholders to establish the Tax Increment Financing District for Foundation Park North and the financing plan to accelerate the development of 450 acres of shovel-ready industrial land.

Before joining the Development Foundation, Mike worked in the community development office of the City of Sioux Falls, where he oversaw the Tax Increment Financing program, property tax reduction, and other incentive programs. He facilitated development projects through the city review process by working with other city departments, including Planning & Building Services and Public Works. He was the liaison to many of the city’s partner organizations, including the Sioux Falls Development Foundation, USD Discovery District, Forward Sioux Falls, and the Governor’s Office of Economic Development.

Mike also volunteers with various community organizations, including fundraising for the Chamber of Commerce Community Appeals campaigns, serves on the Board of Adjustment for the City of Sioux Falls, and volunteers at First Lutheran Church. He and his wife Lindsey enjoy traveling, taking part in community events, and spending time with friends and family, including their dog, Max.

Gregg has spent the past 23 years in commercial real estate himself within landlord advisory, tenant representation, and corporate real estate services. As part of his extensive real estate background, Gregg has closed in excess of 2 million square feet of transactions.

Prior to joining NAI Sioux Falls, Gregg was a Senior Managing Director at Newmark Knight Frank/ Grubb & Eliis in Washington, DC for the past 9 years, where he was responsible for managing corporate accounts, landlord leasing, and tenant representation assignments. He started his brokerage career in 1998 at the boutique firm of Morris-McNair & Associates. Gregg began his real estate career with Realty Investment Company, Inc., in 1995. He served as the acquisition coordinator
for office and apartment properties located in Maryland, Florida and Indiana and also served as a commercial property manager for a suburban office portfolio in Maryland.

Tom is a 4th generation attorney having joined the family’s law firm following graduation from the University of Minnesota School of Law in 1998.   A life-long resident of Beresford, Tom’s practice consists of a general law practice including real estate, business and estate planning, income tax preparation, municipal work and litigation.  Tom has worked closely with the Beresford Economic Development Corporation and has worked with a number of different entities in creating and implementing Tax Increment Districts.  Tom is a past president of the State Bar of South Dakota and currently serves on the Board of Directors of the South Dakota Bar Foundation and the University of South Dakota Howling Pack.

Tom and his wife Jill reside in Beresford and have 4 adult children and a spoiled dog.   Tom enjoys golfing, pickleball and attending USD sporting events.

James Grotenhuis grew up in northwest Iowa in the small farming community of Alton, Iowa and graduated from MOC-Floyd Valley High School.  He obtained his bachelor’s degree from Mount Marty University in Yankton and upon graduation started his 21 year banking career.  He has worked for two financial institutions and has done everything from credit analyst/underwriting ag loans, chairing a bank compliance committee, to being a commercial/ag lender.  He has been with CorTrust Bank for 16 years and is the Market President for the southern area of CorTrust Bank branches.  James says the most rewarding part of his job is helping people achieve their dreams in work and life, whether it’s a customer or an employee.

Outside of work, his past and current involvement consists of serving as President of Yankton Chamber of Commerce, Board Member of Yankton Thrive, President of Hillcrest Golf and Country Club, Yankton Quarterback Club, Mount Marty University Advisory Council on Benedictine Leadership and he has coached several of his children’s youth athletic teams.

James and his wife Tracey are also small business owners.  They opened The Fox Stop in 2017 which is an independently owned convenience store in Yankton.  They have two sons, Cooper and Mac.  James enjoys watching his children’s athletic events, golfing, boating, cooking, and spending time with his family.

Nick was born in St. Louis, MO, the oldest of four siblings. He graduated from high school in Chesterfield, MO, and attended Augustana University in Sioux Falls, SD. Nick graduated with a bachelor’s degree in business administration in 2004.

Nick Gustafson has been a commercial real estate broker in Sioux Falls, SD for more than 16 years. Applying the phone skills acquired through his college job at Gateway Computer, he quickly became a leading tenant-rep broker in the Sioux Falls market. As his career matured, he increasingly served as the listing broker for large commercial and investment properties, striving to achieve the highest sales price possible within his clients’ timelines. Nick has been a partner at Bender Commercial Real Estate since 2013.

Nick recently completed his term as a board member at Volunteers of America Sioux Falls, but continues to serve on their building services committee where he advises VOA real estate decisions. He is a volunteer with Junior Achievement and teaches the real estate licensing course at Southeast Technical College.

Nick is equally as passionate about his outside interests including wine, reading, lifting weights, and traveling. Nick met his wife Shannon at Augustana University; they are proud parents of two children, Declan and Reagan.

Jessica Harry started working for Great Western Bank in Aberdeen, in June of 2013 as a Credit Analyst and became a Business Banker in April of 2014, giving her eight years of banking experience. Prior to her banking career, she was a Staff Accountant for Daktronics in Brookings. Jessica manages small to medium size business relationships within the bank and enjoys being able to determine the best financing options for each relationship.

Jessica holds a BS in Professional Accountancy and Business Management as well as a MS in Banking and Financial Services all from Northern State University. Originally from Groton, Jessica and her husband Zach now live in Aberdeen with their two children, Braylee and Jacoby.

Steve holds a BS in Public Accounting and Business Administration from the University of Sioux Falls. Steve grew up in Long Prairie, Minnesota and came to Sioux Falls to play basketball at Augustana University in 1999 and has never left.  Steve is married to Lindsay Ruda and they have 2 children, Matthew and Gracie.  Steve is also very involved as an umpire and the Co-Ed deputy commissioner for South Dakota USA Softball.

Back to Top
Site made from Web Concentrate 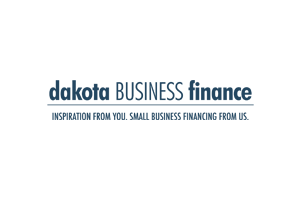